When something goes wrong, your Vaillant boiler will display a fault code to show which area needs your attention. Although most problems should be resolved by a skilled engineer, it is always good to know what is going on with your boiler. In this article, we list all the Vaillant Boiler fault codes and useful tips to help you get your boiler up and running as soon as possible.

If you think there is a gas leak or a carbon monoxide emergency, call the National Gas Emergency Service on 0800 111 999. Meanwhile, open the windows, put out any naked flames and leave the property for your own safety.

These fault codes signal a likely issue with the boiler's heating flow Thermistor (NTC). NTC is a component in your boiler that acts as a resistive temperature sensor and current-limiting device. These fault codes indicate that NTC may not be plugged in or has come loose; there might also be an interruption in the cable harness. Replacement of NTC or rewiring between components may be necessary. Call the gas safe engineer who will test the faulty components and fix the issue.

These fault codes also signal an issue with the NTC. In this case, there is likely a short circuit in the cable harness or casing. These should be checked using an electrical tester to detect any issues, which can easily be done by a gas safe engineer.

F20 - Safety switch off due to boiler overheating

This fault code indicates that the boiler has overheated and has switched off to cool down. The reason for it might be an incorrect earth connection between the cable harness or a loose NTC connection.

There could be two reasons causing this fault code: there is either insufficient water in the boiler or the water pressure sensor is faulty and detects incorrect water levels. Check for visible leaks in the system (you can usually find damp patches around your boiler or radiators) and call an engineer who will inspect it more thoroughly and replace components as needed.

Let us fix your boiler.

F23 - Temperature spread too high between flow and return pipes

Boilers have flow and return pipes to circulate water around. The hot water comes out of the 'flow' pipe and water circulating back to the boiler to be reheated enters the boiler through the 'return' pipe. F23 fault code signals that the pump isn't circulating water around the system fast enough. This means that the water is cooler than it should be when it enters the pipes and radiators, which means its temperature will be even lower when it reaches the return pipe. When the temperature difference between two pipes is larger than 35 degrees, your boiler will switch off, as a safety measure.

There are a few potential causes of the F24 Vaillant fault code. Start by checking the isolation valves (they are located under the boiler) and make sure they are open. If this doesn't help, there may be blockages or air locks in the system, so it might be worth arranging chemical flushing to get rid of debris.

F25 - Flow temperature is too high, causing boiler shut down

This fault code will appear when the flow temperature is increasing too fast. If the temperature is increasing at 5 degrees per second while the boiler is in operation, the boiler will switch off to avoid any damage to the system from overheating. The reason lies in either blockage or airlock in the system or faulty parts, so a Gas Safe engineer will need to be called to resolve the issue.

This code will appear when there is a mechanical fault with the stepper motor that activates the gas valve. In most cases, a new stepper motor will need to be fitted in.

This fault code means that the balance between flame and gas is not at the right level for the boiler to work. It can be caused by moisture affecting the electric components and is often found in older boilers, manufactured before 2011.

F28 - The boiler failed to ignite

After three unsuccessful ignition attempts your Vaillant boiler will shut off to prevent any damage to the boiler or the household. There are tens of possible reasons why the boiler is not igniting, including low pressure, blocked condensate duct, PCB connection problems, and ignition system defects.

When the fan fails to operate correctly, it prevents waste gases from being removed from the system properly, which in turn causes the Vaillant boiler to lockout for safety. The fan can fail due to moisture within the device or damage to bearings or motor. The code can also be triggered by a blocked flue pipe, so this is worth checking on too.

eBUS is a software that allows Vaillant products to communicate with each other and perform more complex tasks rather than just turning your boiler on and off. Unfortunately, sometimes even advanced technology fails, and this is when the F49 fault code appears. If there is an issue with eBUS, all devices such as thermostats and remote controls may experience interrupted connection and not work in the way they were programmed. The root of the problem likely lies in short-circuiting on eBUS input or eBUS overload and requires professional repair.

This fault code indicates that there is no or too little gas supply pressure, which can happen when the gas valve is faulty or shut. As technical equipment and testing are required to resolve this issue, it's best to call a gas safe engineer as soon as you see this fault code.

This is a potentially dangerous fault code, as it will display once the boiler switches off for safety. The likely cause is that a component in the combustion regulation is defective or the gas valve is defective. It's likely one part or more may need replacing. Contact a gas safe engineer.

In the majority of cases, when an F61 fault develops it means that the gas valve has seized or is stuck. In most cases, it is possible to free a stuck gas valve. Sometimes it will need to be replaced, especially when it isn't cost-effective to repair it. Whatever the issue is, calling a gas safe engineer is the best solution, as there is little you can do yourself to resolve this fault code.

The F62 signals that the gas valve is not opening and shutting correctly. In most cases, the code will show up when the boiler has detected a flow of gas when the boiler should be off, in other words, the gas valve hasn’t closed. The Gas valve may be stuck in the wrong position or the PCB is either broken or is poorly connected to some of the other boiler components.

If you see one of these fault codes on your Vaillant boiler, there is likely an issue with the circuit board (PCB), which communicates with all electronic components. It sends signals to the pump, gas valve, and other essential components, which means that if it is not working properly, the whole system may fail. Without a professional inspection, it will be difficult to pinpoint the exact issue.

Similar to F63 and F64 fault codes, F65 signals an issue with the PCB, but this time the cause is likely that the PCB is too hot to operate without damage. As the PCB is central to the boiler's operation, its overheating will cause the whole system to shut off.

The flame signal can be unstable due to the following reasons: there is air in gas, gas flow pressure is too low, the condensate duct is blocked or there is ionisation flow interruption.

The fault code often occurs after spare parts were fitted, especially if the display and PCB were replaced at the same time and DSN was not reset.

F71, F72 - Fault with the flow and return thermistors

The F73 is shown when the water sensor detects inadequate water pressure, which is usually caused by a leak somewhere in the system; it can also be caused by a broken water pressure sensor, which gives incorrect readings.

F77 - No response from the flue

This fault code indicates there is no response from the flue or condensate pump, meaning there is an issue with one of them. It could also signal a fault with the Flow Worm Condensate Pump or associated wiring.

When the burner starts, the temperature change registered at the flow and/or return temperature sensor is non-existent or too small. This means there is an insufficient temperature increase once the burner ignites. When this occurs, there is a strong indication of low water pressure in your boiler system.

The temperature sensors have been installed on the same pipe or on the incorrect pipe; the heating thermistor is reading the incorrect resistance, which could mean faulty wiring or connection error; although this is a relatively rare problem, this fault code can occur if you recently installed a new boiler. 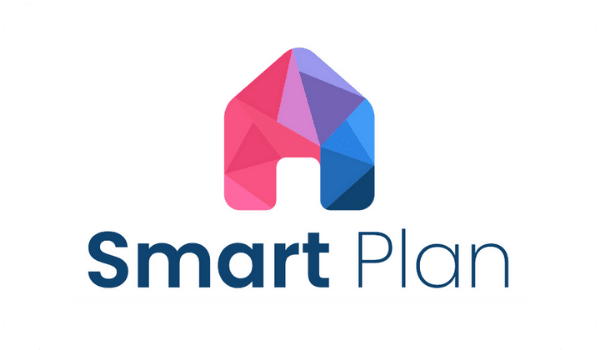